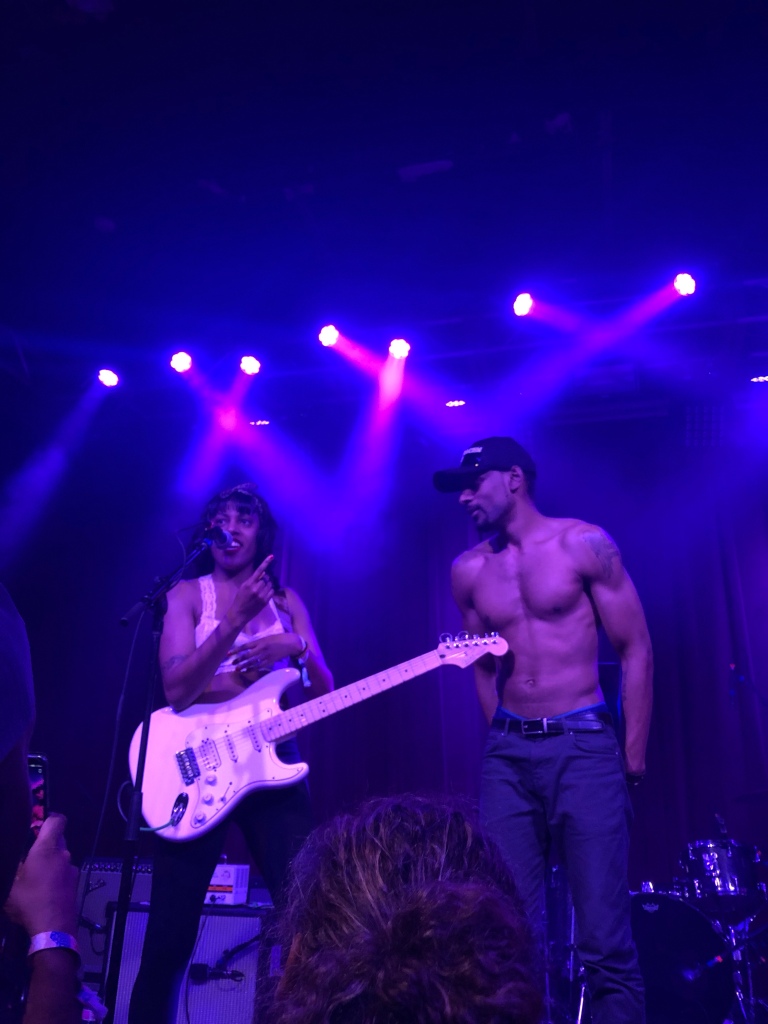 I love The Black Tones because their music is revolutionary, they are amazing live, and they use their talents to deliver a message. In the song “The Key of Black (They Want Us Dead),” the message is about the historical oppression of black (and brown) people in this country. The song also makes me think of the way this country treats immigrants, and especially black- and brown-skinned immigrants.

This song also made me think of the friends who bashed undocumented immigrants without knowing that was my family’s situation for much of our life. Without knowing it, their words validated the shame and secrecy my parents taught me. Their words made me want to hide this very big part of my identity – being the first US citizen daughter of undocumented parents. Being from a family where half of its members could have gotten deported at any given moment. Being a potential foster child and separated from my younger siblings. I feel tension and heartache because I want so badly to express and tell my story… But I know it’s actually my parents’ and sister’s story, and not mine, to tell. If every part of my being was overcast in the shadows of shame and secrecy, it doesn’t compare to the lived experiences, the fear, and the heartache that my parents and sister faced as undocumented immigrants.

The elitist idea that there is a “right way” to come to America stems from an ignorance/unwillingness to believe that this country’s immigration system is flawed. Clearly, it is. Aside from the system being unjust, ask yourselves – how can there be a “right way” to come to this country, when the people who founded this country came here without permission, forcefully invaded it, took everything from the people who were already living here, and took it all with violence, with rape, with disease, with murder.

If it wasn’t clear to you before, how wrong our immigration system is, it should be clear to you now, with the situation that humans are facing at the southern border. It’s frightening how fear, ignorance, and racism can cause humans to treat other humans so badly, and inflict so much pain and suffering – and worst of all, believe it to be justified.

When I hear this Black Tones song, I think also about the lives that oppressed people live, despite existing within a system that actively wants to shut us down. The tune is badass, pissed, sad, but hopeful. It’s “keep on truckin’” music.

Out of necessity, oppressed people create the energy and will to survive and provide for themselves and their families. With the odds stacked unfavorably against them, oppressed people nonetheless find a way to make it work, and find hope and strength, even in darkness.

I think about the happy days of my childhood. My parents were able to provide stability for me and my siblings, despite the fact that their undocumented status meant they were constantly navigating systems that disfavored them, took advantage of them, and wanted them gone. I didn’t appreciate it until I got older, but my parents spent so much time and energy figuring out how to make living in America work… and somehow they still had the energy it takes to cook a Filipino meal from scratch, to laugh and watch American tv shows, to sing along to the songs in English playing radio, to eat Thrifty ice cream in the park.

The Black Tones brought all of this up for me. Any music that gets me to think and feel this deeply is good music, created by incredible musicians.